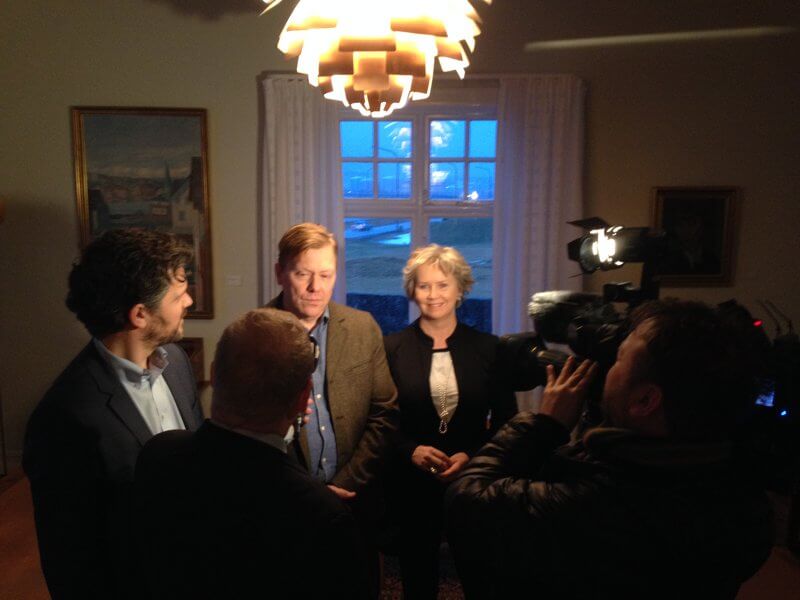 Signing ceremony in Höfði in 2015

The Institute of International Affairs has since then participated in projects and held open seminars related to the opening of HÖFÐI Reykjavík Peace Centre, organised by Jóna Sólveig Elínardóttir, who was Project Manager for the Peace Centre during the preparation period. The Institute, the City of Reykjavík and the Nordic House organized an open meeting, entitled How can cities promote peace?,  which took place at the “People’s Meeting” in June 2015, a vibrant three days festival on society and community organized by the Nordic House. The main focus was on the possible contribution of the City of Reykjavík and the Peace Centre to the promotion of peace as well as on how the City and the Centre might foster stronger ties to active actors in peace building, such as NGO’s, associations and individuals, to enhance peace. The Institute of International Affairs participated in the the Peoples Meeting in 2016, and this time under the project Academia and Multiculturalism,  a series of open meetings organized by the Institute of International Affairs and the Office of the Rector of the University of Iceland with the aim of promoting research, education and informed discussions on the multicultural society, immigration, refugees and asylum seekers. Several open seminar and a conference have been organized under the project Academia and Multiculturalism.

The Institute of International Affairs has also organised open seminars in relations to international projects that the City of Reykjavík has been participating in, such as The International Cities of Refuge Network (ICORN) , Peace Boat and Mayors for Peace.